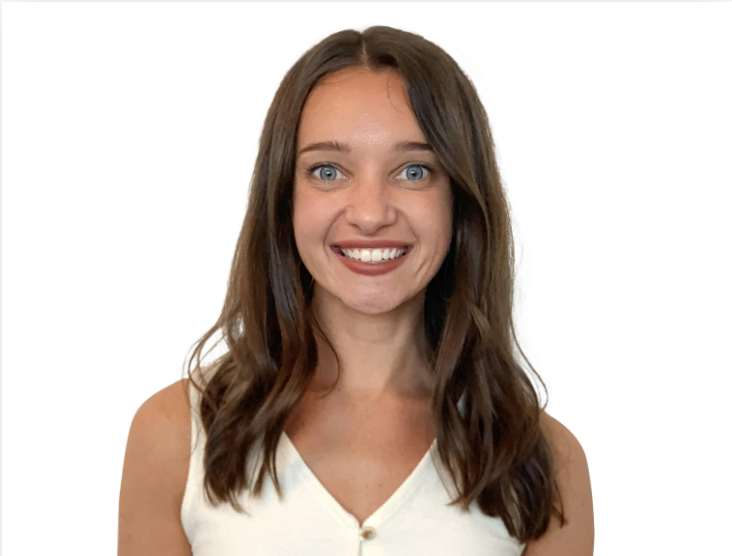 After I wrote the first blog in this series, I received a call from a close family member wanting to talk about what I had written. Their initial reaction was offense and confusion-- why did I think all teachers were “white supremacists”? It caught me off guard because I hadn’t written that--what I did write was that the American education system is built on a foundation of white supremacy, and we as teachers should work to dismantle that system. Through this conversation, it was reinforced that there are severe misconceptions around language, especially language we use when discussing race and racism. I’m hoping we can align on language here and question the reasons we feel defensive when certain words are used in relation to us, our jobs, and the role we play in upholding systems that oppress BIPOC (Black, Indigenous, People of Color).

Prejudice: Preconceived opinion about a specific group of people that is not based on evidence or actual experience, usually based in stereotypes.

Racism: Prejudice + Power that results in the systemic oppression of a racial group.

Racist: One who is supporting a racist policy through their actions or inaction or expressing a racist idea.

There are two important things to call out from these definitions:

There is an analogy that Beverly Tatum uses in Why Are All the Black Kids Sitting Together in the Cafeteria? and Other Conversations About Race, that summarizes the above definitions well. She describes racism using the moving sidewalk in airports: If you are actively racist, you are on the moving sidewalk and you’re walking fast on the belt. If you are passively racist, you’re standing still on the moving sidewalk--you’re not taking any action, but the sidewalk continues to move you in the same direction as the active racists. Anti-racists are the ones running in the opposite direction of the moving sidewalk, and this is how we have to operate to create change. Our institutions (our moving sidewalks) are racist, they were built by white people for white people and intentionally designed to oppress BIPOC. So even if you aren’t walking in the same direction on the sidewalk and are just standing still -- you are contributing to systemic racism. 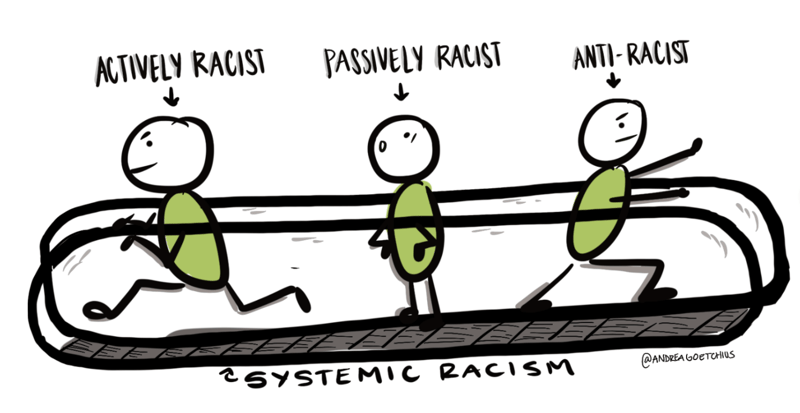 If we want to start walking the opposite way on the metaphorical sidewalk in our classrooms, the first step is to acknowledge our own biases and the effects they have on the students we teach. The subsequent recommendations in this blog series will be best received if the internal self-reflective work is done first, before looking to adjust outward-facing policies. All teachers, especially white teachers, should do the work of unpacking their biases before entering the classroom. As Tricia Bavaria said, “it’s often our personal identities and experiences that have the most profound effects on our teaching, and that which most often—and most dangerously—go unexamined.”

There are different types of biases we can harbor, outlined below:

Bias: Prejudice in favor of or against one thing, person, or group compared with another, usually in a way considered to be unfair.

Explicit bias: Operates within a person’s awareness and is intentional, overt, negative behavior that can be expressed through physical and verbal harassment or through more subtle means such as exclusion. (Actively Racist)

Implicit bias: Operates outside of the person’s awareness and can be in direct contradiction to a person’s espoused beliefs and values. (Passively Racist)

Many people associate only explicit bias as racist behavior when our implicit biases play a large role in the way we act and don’t act in certain situations. Our implicit biases are imprinted outside of our awareness; they result from the messages, symbols, and stereotypes in the world we live in. If you were raised in the United States, you receive a lot of anti-black messaging that impacts your subconscious. 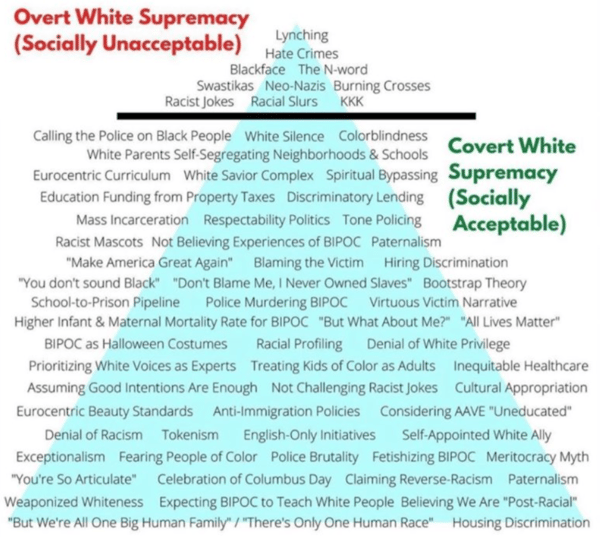 Below I’ve listed some ways to begin or continue the work of examining your own biases. These are just starting points in a lifelong journey of learning new ideas, and unlearning what was believed to be true. As Robin DeAngelo says in White Fragility, “Anti-racist practice is an ongoing practice. You will never "arrive." It is a journey, not a destination.”

Reflect on your own experience

You can take a test on implicit bias and learn more about what that means. I encourage you to reflect on your experiences growing up and the ways they could have informed the biases you hold. Try this reflection activity to start.

Listen to and learn from people of color

Take inventory of the books you read, the shows you watch, the influencers you follow on social media, the artists you listen to and grow from. How diverse is your sphere of learning? If you are only reading stories and listening to leaders who are similar to you, it will be much easier to leave your biases untouched and undiscovered. Listening to people of color also includes your friends, colleagues, and family members when they talk to you about racism. This means actively listening and believing--not questioning, their experience(s).

Learn about the impact of systemic racism on your community

Racism in the United States is not a new phenomenon; while some social commentators suggest we have become a “post-racial” nation, now more than ever we must learn the history of oppressive systems so we are able to dismantle them today. Wondering where to dive in? Learn more about redlining, a practice that came out of the New Deal in 1934, and actively segregated neighborhoods by race. This practice continues to disproportionately impact BIPOC, and is evidenced in our schools today. Check out this school segregation map to see how your district looks.

Unpacking bias isn’t easy--it’s like going digging for buried treasure, but instead of treasure you just discover you are racist. But as Ijeoma Oluo, says in So You Want to Talk About Race , "You have to get over the fear of facing the worst in yourself. You should instead fear unexamined racism. Fear the thought that right now, you could be contributing to the oppression of others and you don't know it. But do not fear those who bring that oppression to light. Do not fear the opportunity to do better.”  Again, this requires a lifetime of learning new ideas, and relearning what we believed to be true. I love this 21 day habit tracker that includes daily ways to increase your understanding of power, privilege, supremacy, oppression, and equity. There are also wonderful resources to learn more in this paper my colleagues Crystal Xu and Purvi Patel just published. You should start where you feel most ready, as long as you commit to starting somewhere and continue to push yourself along the journey.