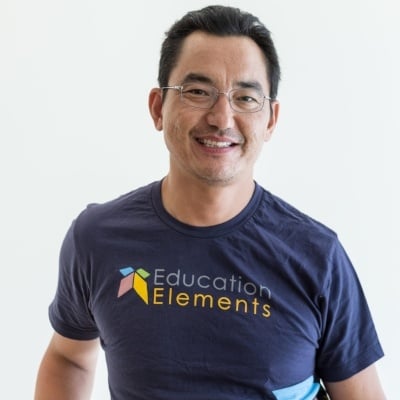 My Team Has a Habit of Reading Books About Habits

Standing in line at Starbucks ready to order my Venti black coffee, I pull out my phone and tap on Twitter even though I just checked it one minute ago. It’s a bad habit that I have, mindlessly opening the app without thinking, and pulling down the page in hopes that it will refresh with new content.

Every morning when I wake up, the first thing I do is drink two glasses of water with fresh lemon juice, organic apple cider vinegar, or a pinch of Himalayan salt. I’ve been doing this for several years, after reading about the benefits of drinking water in the morning to start the day. At first, it was hard. I started with half a glass. Then moved to a full glass. I eventually added apple cider vinegar. And now I’m up to two glasses.

These are examples of bad habits and good habits I reinforce every day.

The 7 Habits of Highly Effective People by Stephen Covey was published over 30 years ago, but over the last few years, there has been a new surge of books about habits. Some of my favorite habits books have been:  Atomic Habits by James Clear, The Power of Habits by Charles Duhigg, and Hooked: How to Build Habit-Forming Products by Nir Eyal.

The key difference between the “7 Habits” book versus the newer books is that the newer books go deeper into the science of how habits are either developed or broken. So what is a habit? Simply put, a habit is a behavior that starts as a choice and then becomes a nearly unconscious pattern (according to the Power of Habits). Duhigg and Clear each describe in their books, the “habit loop”. Duhigg describes it as a cue > routine > reward, while Clear describes it as a cue > craving > response > reward.

Without going into all the details of each book, many of these books focus on small changes that have a big, long-term impact. Much of the theory that exists around habits today seems to be based on a continuous improvement process started in Japan called Kaizen (meaning “change for better”), which became popular in the 1950s and formalized in 1985. Robert Maurer, in his book, The Kaizen Way: One Small Step Can Change Your Life talks about the impacts of mere 1% gains and the significant results possible from even small rewards. Both Maurer and Clear write about the compounding impact of 1% gains over time. Clear describes the massive impact of daily 1% gains over the course of a year. He points out that 1% gains -- compounding over 365 days -- results in 37 times improvement.

That there is a proliferation of books focused on self-improvement and habits makes total sense. So many of us are unable to develop the necessary habits to achieve our goals. Whether we are quitting smoking, running more frequently, using our technology less, or biohacking our diets, it’s all about the habits we get rid of, and the new ones we create.

My work with complex organizations like school systems has forced me to think about habits. In writing The New School Rules: 6 Vital Practices for Thriving and Responsive Schools, I started to think about organizations as a network of people – not as monolithic objects like many describe them. When you think about an organization as a network of people, you start to realize that the organization might have habits it is trying to break and new ones it is trying to create. This work, in turn, has led me to believe that teams are the nodes of change in an organization. Teams are manageable and influenceable groups of people who can create significant change in the culture of an organization. And this thinking resulted in a new book called The New Team Habits which I co-authored with Keara Mascareñaz and Kawai Lai.

Pre-order The New Team Habits now, to give your organization a leg up in unpacking bad habits and developing good ones. Join the Virtual Book Launch Party to meet the authors and learn exactly how to put the book to use for your team!

In The New Team Habits, we have identified two key elements of how teams work. First, what you do as an individual has a ripple effect on the team and organization. These small habits we have at work can have positive and negative effects that impact your team and eventually spread to the rest of the organization. Think about a simple habit like cutting someone off mid-sentence regularly. Does that habit create circumstances that lead to a sense of belonging? What about a habit like creating equal talk time by implementing a meeting protocol? Does that lead to more inclusive behaviors? In the book, we talk about these small habits as pebbles which have a ripple effect. The first ripple being your immediate team and the outer ripple being the whole organization.

Second, how we overwrite old habits and create new ones follows a consistent process. This process is rooted in learning science. The concept of cues > routines > rewards makes a lot of sense, but in the brain, we navigate these concepts in real-time by processing a combination of working memory and long-term memory. Organizations and teams (networks of people) also have working memory and institutional memory. The way you can change habits on a team requires an approach we call SEPAD: Spark, Expand, Practice, Apply, and Debrief. In our work, we found that in order for team habits to change, teams need to complete multiple 4 to 6-week cycles of SEPAD focused on specific practices to build muscle memory. We go into more detail about SEPAD in the book, The New Team Habits, and we expect to continue to explore this in future articles once the book is released in October 2019. Suffice it to say, teams have to be deliberate about changing these habits.

Join us at the Team Habits Leadership Institute November 6-7 in Denver, CO, a two-day targeted workshop where we'll dive deep into the effective practices behind understanding and changing habits across teams. 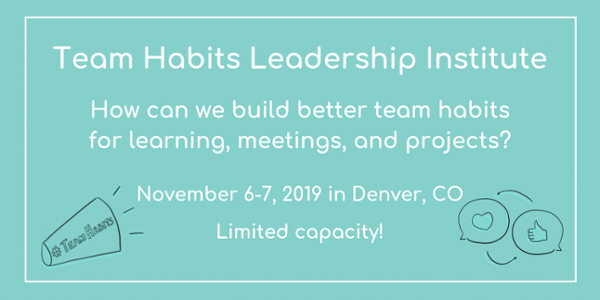 Subscribe to the newsletter from Anthony Kim! The SEPAD is a newsletter that focuses on learning both as an individual and as an organization. It provides inspiration, ideas, and practices on how to better lead teams in a rapidly changing world, by breaking old habits and creating new ones.

Anthony Kim is a Corwin Press bestselling author, with publications including The New Team Habits, The New School Rules, and The Personalized Learning Playbook. His writing ranges the topics of the future of work, leadership and team motivation, improving the way we work, and innovation in systems-based approaches to organizations and school design. Anthony believes that how we work is the key determinant to the success of any organization. He is a nationally recognized speaker on learning and his work has been referenced by the Christensen Institute, iNACOL, EdSurge, CompetencyWorks, Education Week, District Administration, and numerous research reports. In addition to his writing, Anthony is the founder and Chief Learning Officer of Education Elements, a trusted partner and consultant to over 1,000 schools nationwide. Anthony has been the founder of several companies across multiple industries, including online education, ecommerce, and concerts and events.