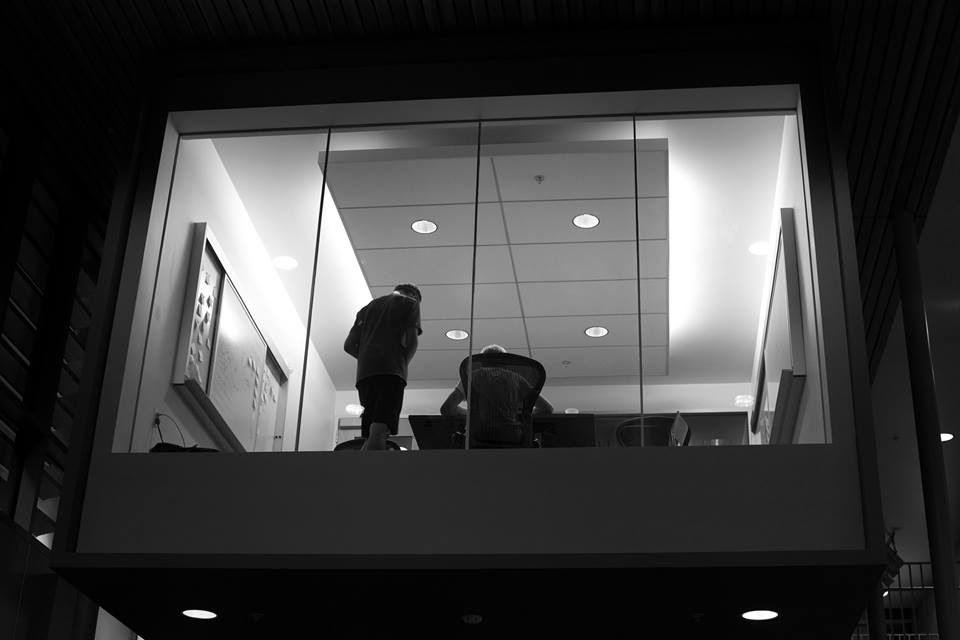 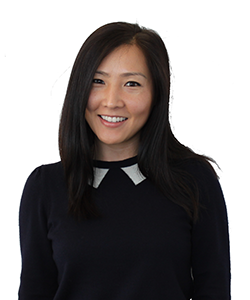 Inspired by the articles on education models in Forbes and Quartz.

Two of my middle school students hard at work into the evening at a 3-day entrepreneurship event,  building a mobile app that is one day set to compete with Google calendar for the benefit of students,  teachers, parents, and their learning community.

I will never forget the time in my short yet sweet teaching career when I got to teach “morning math,” a series of 45-minute, optional classes that started at 7am on a school day.  I had just begun teaching middle school math after spending numerous years in the petroleum and biotechnology industries as an engineer, and I was finding myself increasingly agonizing over how ‘boring’ my math classes were becoming… even to me, the teacher!  The world’s fast-moving out there, yet here were my middle school students, suppressing all of their creativity in a math curriculum from that (tried but) didn’t provide them with connections between learning and what it can do in the real world.  My students thought my background in industry was cool and often wanted to hear about my experiences; however, they couldn’t think on their feet about how they, too, might one day work in interesting fields.  Their textbooks weren't made to spark their curiosity.

I started thinking a lot about how to change this environment.  When did I first find true love and purpose for learning subjects like math and science?

I was a student who didn’t mind learning.  At the same time, I can’t say I thought too deeply about why I had to learn - I was vaguely told education would lead to good jobs but that was it.  My friends were also going to school, so was I.  My friends were sprinting from one exam to another memorizing concepts and solving problems, so I thought that was the “thing to do” at my age.  It was not until at a summer academic program that really changed my perspective in learning. During the summer between my junior and senior year of high school, I was fortunate to attend the academic program that was designed to mimic a college environment.  The students were offered free housing and education at a college campus; in return, we made commitments to fully belong to the academic community for three months - with no cars, no cell phones, and no parents around.  I was a math major and science minor and could attend the program’s specially-designed classes related to math and science.  They were anything but typical school classes - there were no textbooks, no exams, and no attendance policy.

There was, however, a structure.  The instructors - mostly college professors or subject matter experts - would present a probing topic and facilitate a discussion.  Other times, they would present a question that we, the students, were so eager to explore and solve.  We would gather outside the class and spend hours and sometimes days conducting research and experiments to solve it.  It was then I truly developed the curiosity for deeper learning.  During the late nights of debating and solving what I thought were the world’s biggest problems - utilizing creativity to its fullest among peers - I finally made connections between classroom subjects and real world applications.  Making things relevant gave a new purpose to learning.

So after becoming a teacher and realizing that a typical classroom was still very textbook-content mastery based, I wanted to facilitate something similar to what I had experienced at that summer program.  I couldn’t overturn the already-set school curriculum, but I knew that I could ask my students whether they would join me if I were to hold a small-scale learning camp with them before school.  (Many of my students’ after-school hours were already reserved for sports and other extracurricular activities.)  I told the students that this “morning math” class would be fun without any textbooks or exams!  And to my surprise, more than a quarter of the students I taught signed up.  A few joined initially because their parents heard about it and got excited on behalf of their children.  However, I can confidently say that the attendance rate never really dropped over the course of 17 sessions, indicating that the students themselves were willing to wake up an hour early to attend my “fun classes”.

I have provided the course structure as an attachment.  The topics were generated partially based on the students’ questions that were raised while in the traditional classes.  Other topics were extention topics from the textbook “word problems” that the students hadn’t made much connections with.  So I conducted the courses, gave outlines, and posed questions for my students to solve and explore.  During the tax & accounting session, we debated over why taxes exist, compiled what they knew about the concept, and did a group exercise on what happens to a person’s balance sheet if on a fixed income, one chooses to allocate some money on good causes (such as donations) while others spend all the earned income on taxable spendings (such as shopping and eating out).  Through this exercise, my students were thrilled to find out that you can optimize tax-paying and spending money on good causes are financially beneficial.  They also started to understand the power of knowledge (and of math!).  During the stock market session, students used internet to research stock market and invest virtually using Google Finance Portfolio tool.  I was amazed by how quickly my students were grasping the concepts of percent changes and meaning of the beta ratio during that exercise!  Towards the end of my “morning math” sessions, my students were really starting to ask substantial questions on business, entrepreneurship, and philanthropy.

This and many other inspirations - certainly not all from me but from many great teachers - have led some of my students to try out for entrepreneurial venues such as the Startup Weekend, while others would often visit my classroom and tell me their ideas on how to raise funds for those in need.  These kids were starting to seek the true purpose for learning: Changing the world to be a better place.  This is the type of educational impact only teachers (and mentors) can make, and I wish that we - as a society - will continue to innovate schools’ learning environments so that students’ creativity and curiosity are fostered, not suppressed.

Lindsey is an Associate Partner at Education Elements.