A Case for Culturally Responsive Pedagogy in Classrooms

If recent Halloweens have taught us anything aside from the absurd amount of money spent on candy for one day, it's that those involved in child rearing must address cultural sensitivity. The young white boy who wanted to dress as a Polynesian hero named Maui or the young white girl who wanted to dress as Princess Jasmine are caught in the middle of a debate on what is acceptable. Princesses and heroes that represent all races are important, but what does this discourse look like in the classroom? Left unaddressed, bias can lead to lasting harm. Consider this story shared by parents that I recently overheard at a dinner party.

Two first-graders were working in class: Maria is white and Christina is black.The girls attend school in a suburban, middle class neighborhood known for its diverse and international community. One day they were discussing what they wanted to be when they grew up as part of a class project. Christina shared, “When I grow up, I want to be a Barbie!” Maria’s face became puzzled, and she replied,  “You can’t be a Barbie; you don’t look like a Barbie!” From a distance Ms. Bentley, their teacher, overheard this exchange and knew that she could not leave this conversation unaddressed. She believed that what Maria said was wrong and thought it would be important to say something. “You can’t say that, Maria! ” she exclaimed crossly. She proceeded to notify the principal who then brought in the parents to discuss the issue.

Christina’s parents were concerned about this exchange and wanted to be sure it does not occur again. It was essential that Christina feel welcome, comfortable, and safe at school. Maria’s parents asserted that they are not racist; they had moved to a diverse neighborhood because they saw the value in their children meeting students who were different from themselves. The school maintained that this situation was not tolerable and recommended that the parents discuss the situation further at home.

To some this story may feel shocking, but to many, this story is all too familiar. It highlights the serious risk we face when educators, especially white educators, delegate conversations about race to the home rather than providing safe spaces to have them in the classroom. You may have finished reading this story feeling confused by the teacher's response, frustrated by the interaction with Maria's family, or angry that there was no resolution. Maria’s parents left feeling puzzled about the complaints about their daughter and defensive about their values or parenting. Christina’s parents left with greater levels of concern for their daughter and how others’ perceptions of her will have implications in her future. The school administrator and teacher left feeling they did the best they could, potentially satisfied that they addressed it at all. No one left confident about what to do next.

What was worst of all is that both girls in this scenario left having an overwhelmingly negative experience in their foundational conversations about race. Maria felt shame knowing something she said was “not right” but did not completely understand how her statement led to a chain reaction from the adults around her. Can she be friends with Christina? Christina was also feeling shame, but for a different reason. What do others know about her that she doesn’t? Why can’t she be a Barbie? Why are her parents so worried? Can she be friends with Maria anymore?

We play a role in shaping our students’ identities, and the story of Christina and Maria does not have to be your child’s. Here are two common challenges and proposed solutions for building and nurturing culturally responsive learners.

The Challenge: Kids may feel limited in their aspirations by society based on race, gender, or other cultural biases.

While some feminists may cringe at Christina’s desire to be a Barbie when she grows up, we can see the danger in others immediately eliminating her options based on what they know from their perspective. Today she’s told she can’t be Barbie; tomorrow it might be her dreams of becoming a doctor or engineer.

People may think having dolls or toys representing kids of color are beneficial for minority children, but the positive effects are much more far-reaching than one racial group. All kids - white, black, brown - who see diverse toys tend to become more empathetic leaders as it allows them to craft narratives for characters that both do and do not look like them. It is this that we want for all of our students when we think of tailoring their learning to meet their highest standards. (iNacol PL definition)

If kids can become better leaders by seeing diverse toys or characters in film, imagine what a diverse curriculum could do! See three simple steps and resources below to begin thinking about how you can incorporate more representation in your curriculum:

The Challenge: Conversations about representation, race, and equity are too uncomfortable or too mature for children.

Schools often delegate teaching about race and representation to the history classroom, and even then, meaningful discourse about representation, or lack thereof, is distilled to a few short weeks on slavery in the United States or the Civil Rights Movement. Many of the conversations that educators need to have will be uncomfortable but what is the risk if we say nothing? Jamilah Pitts states in her post Don’t Say Nothing, “We may be uncomfortable talking about race, but we can no longer afford to be silent. We have chosen a profession, which—like parenting—requires that our comforts come second to those of children.”

The Solution: Un-learning and questioning leads to responsible and informed action

Highlighting voices of color is half of the battle—addressing the role that the country and society has played in suppressing that voice is just as important. Here are a few resources to get you started:

Confronting culturally insensitive comments and bias is not easy, but it brings us closer to the ideal resolution we'd want to see in situations with our children and students. Consider this alternative ending to Christina’s and Maria’s story. In this version, Ms. Bentley engaged in the hard work of confronting bias in her practice.

From a distance, Ms. Bentley overheard this exchange and knew that she could not leave this conversation unaddressed. Ms. Bentley approached the two children and said “Maria, I noticed you said that Christina couldn’t be a Barbie. Why do you say that?” Maria stated matter-of-factly, “Well Barbies are blonde, and their skin is white. Christina’s skin is brown. Barbies don’t have brown skin.” “Hmm,” said Ms. Bentley, “It sounds like you haven’t seen a Barbie that looks like Christina before. Christina have you seen any Barbies that look like you?” Christina paused for a moment to think. “I have Barbies that like the same sports that I like and have brown hair like me and skin like mine.” Ms. Bentley smiled and replied, “That’s great, Christina. I wonder if your parents would let you bring your doll to school to show your classmates. And, now that I think about it, we don’t have a doll in our classroom that looks like you. Sometimes they are hard to find because toy makers don’t always make toys that have different skin tones, which doesn’t seem fair since I know so many girls like you who do all the cool things Barbie does and more! We can take a look at some of our class books that show us all of the amazing things that black women and girls, just like you, have accomplished. Maybe the three of us can take a look together, and we can write a letter to the Barbie company about why it is important to have dolls that look like ALL of us.” 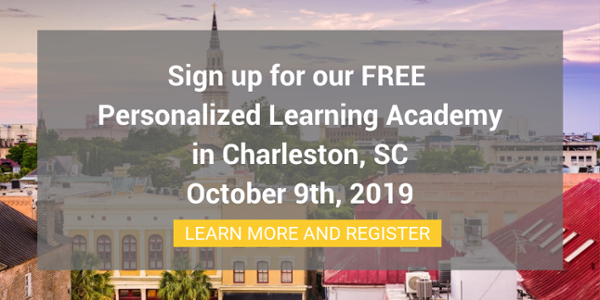 Andrea Goetchius is an Associate Partner at Education Elements, working with schools and districts to best meet the needs of all learners. Andrea enjoys collaborating with and connecting clients across the country to leverage a community of innovation as schools embark on a personalized learning path. Andrea began her career as a Special Education Teacher in Glendale, Arizona. During her time in the classroom, she coached and supported student teachers and led staff development. Andrea then worked for Teach For America as a Manager of Teacher Leadership Development where she coached and supported teachers to match their strengths and skills with the needs of their students. She has coached in pre-school to twelfth-grade classrooms with a focus on implementing Culturally Responsive Pedagogy in the classroom. In her current role, Andrea specializes in projects that bring personalized learning to scale across districts, regional centers, and state entities. She is passionate about the development of innovative leaders.