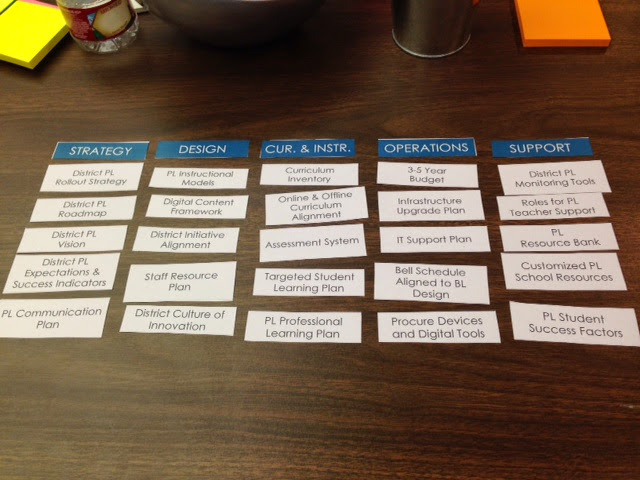 Having been involved in education reform for some time, I know that it’s easy to end up getting frustrated and feeling like it’s just too difficult to accomplish anything. Often even common-sense ideas like tenure reform, higher standards and technology can get quickly shot down. Frankly, I didn’t have high expectations for the National Education Reform Summit held earlier this week in Washington, but I was pleasantly surprised. Shocked really. I saw another side of education politics, one where people who care about kids, and come from different partisan and ideological perspectives, find common ground.

My spirits were lifted from the first night when I attended a reception at the magnificent National Archives (which is definitely worth a visit). Former Florida Governor, Jeb Bush, the chairman of Foundation for Excellence in Education, welcomed the crowd. And, Joel Klein, former chancellor of the NYC public schools and an influential Democrat, introduced Governor Bush. Their mutual praise felt authentic, bipartisan and hopeful. Klein saluted the education reforms that took place in Florida while Bush was governor, reforms that were especially helpful to Latinos, and included tough accountability and generous school choice—often unpopular with Democrats. You could tell Klein was being totally sincere. So, there was nothing phony when Bush embraced Klein as “my brother for another mother!” They come from different places but they are in the same family when it comes to kids and schools.

Forty-six states sent representatives to the Summit and there were as many Democrats as Republicans. I can’t remember a more energized crowd at an education meeting. The Summit sold out weeks ago! The Governor opened the Summit with a moving address, an argument for aggressive reforms, and a call to arms for the sake of our children but with arms (pun intended) wide open to Dems as well as Reps. At lunch John Podesta, the head of the left-leaning Center for American Progress, and a top Democratic strategist called for the very same reforms. The message was clear that both parties can come together around tough reforms if they center on the students.

The Summit’s theme, “student-driven education,” provided just the right stage, inviting different perspective and encouraging real dialogue. Focusing on the student - rather than the adult - diffuses the politics and encourages fresh conversation about issues and opportunities for innovation.. Technology is the prime case in point. While only one session was devoted specifically to technology, online schools and blended learning, the topic was everywhere in the halls. Technology also popped up in multiple sessions on teachers, school finance and charter schools. The talk was not just from the geeks; regular legislative representatives from all sorts of states raised the matter time and again. Interest in education technology, to help kids, save money, and restore competitiveness, could not have been higher. This was a great place to be an ed tech entrepreneur though an even better place to be an ed reformer.

It’s almost too corny to say, but I’ll say it anyway, “I too felt like I had brothers—and sisters—from another mother.” I left with a sense of hope...that real reform can be done and that progressive uses of technology can be part of it.