Subscribe now to keep up to date with news from Ed Elements, our clients and our partners. Access the Newsletter archive here.

Nichole Dobo is a staff writer and social media editor. Her work has been published in the Los Angeles Times, The Atlantic's online edition, Mind/Shift, WHYY NewsWorks, Slate and in McClatchy newspapers. She has more than 10 years of experience writing about education. She has also covered government, courts, crime, business and religion. She was a staff writer at The News Journal in Wilmington, Del., The York Daily Record/Sunday News in York, Pa., The Times-Tribune in Scranton, Pa. and The Citizens' Voice in Wilkes-Barre, Pa. She was a 2015 AERA-EWA Data Journalism Fellow. She won first prize and best of show for education writing in 2011 from the Maryland-Delaware-D.C. Press Association. She earned a B.A. in journalism at the Pennsylvania State University, where she was selected to be an editor and reporter at The Daily Collegian. She is a graduate of a small​, rural ​high school in northern Appalachia, and she walked on a dirt road to catch the school bus.

Education Elements, a consulting firm, hosted a personalized learning summit earlier this month in California. If you missed it check out this blog post that features highlights from the event.

District Partners in the News  |  Mentions

School of Me: Letting students study what they want, when they want is the latest education trend

By design, some students go through two years of kindergarten in Middletown, New York. 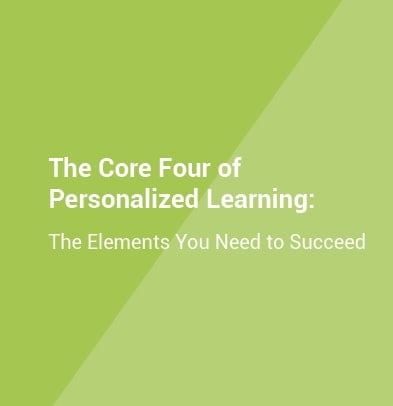 The Core Four of Personalized Learning

This white paper includes a framework, actionable ideas and insights from districts who have successfully implemented personalized learning, to help you get started.